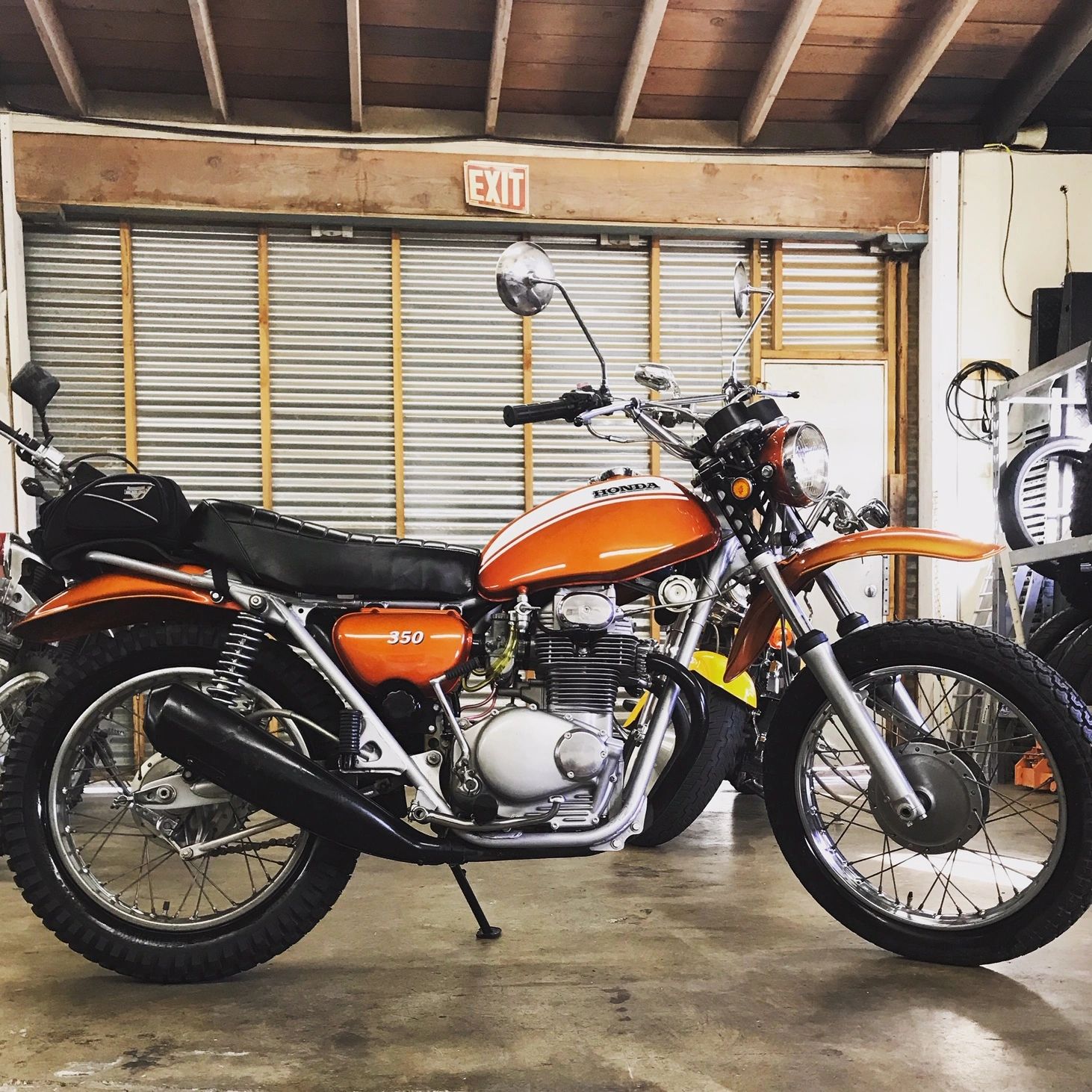 We Do It Right. The First Time.

-We install tires on most any make and model, including quads and UTVs

-We service early American, British and Japanese made motorcycles

-We offer suspension service for vintage and new model motorcycles

-We prep your motorcycle for long term storage and offer a low monthly rate. Motorcycles are stored covered and on a battery tender in our secured building

We offer Short Term and Long Term Motorcycle Storage for sport bikes, cruisers, and touring motorcycles in San Clemente, California in Orange County–We’ll be sure your bike is protected, warm, and safe.

Pickup/Delivery is available for additional charge by a third party transport service.

CUSTOM BUILDS - LET US BUILD THE MOTORCYCLE OF YOUR DREAMS...

*WE CAN HELP YOU SELL YOUR MOTORCYCLE ALSO, ASK ABOUT OUR CONSIGNMENT PROGRAM TODAY*


Terry Martin or known in the industry as "T.Martin", realized from an early age, that riding and repairing motorcycles brought him a challenge that he felt passionate about. Terry was practically born on two-wheels and is a true child of the 1980's. He was blessed to have close friends and family that have deep roots within the motorsports industry who mentored the young, Terry Martin.  His childhood race hero's include, Jeff Ward, Rick Johnson and Ayrton Senna.  Terry has spent his life riding dirt bikes in the desert and mountains of Southern California.

His knowledge, passion and expertise has made Terry Martin, "A Star", of the local kind, in the professional off-road motorcycle racing industry.

Terrys' honest service and expertise, show that he will go above and beyond for his customers to be sure that they have a full understanding of their service needs.

T. Martin, took over ownership of Montgomery Motorcycle in Summer 2015 and relocated to its current location, 151 Calle De Los Molinos, on the north side of San Clemente.

In July 2019, Terrence and Montgomery, celebrated 4 years of ownership. Terry and Montgomery Motorcycle Inc. was 2018’s Top Rated Motorcycle Shop by Google.com. Currently, Montgomery has a 5 Star Rating on Yelp. Terry is a San Clemente native and proud supporter of local San Clemente Businesses. You might find T.Martin at T Street,  sipping his morning coffee before he heads into the shop, riding his Harley on the Ortega or racing one of his RC Cars at the OC/RC in Huntington Beach.


For his customers, He's always got a smile, a great story or joke to share. He's very funny and His love and closeness of family and friends have kept him generous and humble. He loves talking to SC locals about the good old days and sharing the stories told to him by his Grandfather, Cliff Russell, who was a San Clemente police officer and holds the title of "San Clemente's First Life Guard."  Terrence shares his Grandfather, Cliff's  good looks, charm and story telling skills.

As we say around Montgomery, "Everybody Loves Terrence!"

We Appreciate Your Patience During This Trying Time.

Terrence is a Type 1 Diabetic  and was recently diagnosed with Complex Regional Pain Syndrome  (CRPS- also called RSD) after suffering from pain, burning, discoloration and numbness on his right side.  CRPS is a flare up and it's common that the symptoms of complex regional pain syndrome go away on their own. Like many CRPS sufferers, signs and symptoms can go on for months to years.

Prior, not many knew that he had also been living with Type 1 Diabetes, after being treated for a devastating fall.

Terrence has been living with the combination of these 2 diseases at the same time for well over 2 years now.  He has an amazing team of Doctors, Nurses, PA's and many medical professionals that are the Best that OC has to offer, to help find a cure and help for his simutanelous battle of his CRPS and Type 1 Diabetes.

Terrence has had to slow down his work load during 2018, However he sees himself owning Montgomery until he retires, many years from now.  His hope is that Montgomery Motorcyle will be kept a local,  family business and will be a way to keep our family and friends together while sharing a love and passion for all things motorcycles.

Terrence Martin and Montgomery Motorcycle would like to Thank You, for the outpouring of love, support, and countless Get Well Wishes from All of Our wonderful Montgomery customers, friends, vendors and followers.  Your kindess has touched his heart and the hearts of all those that adore him.  We are so grateful.  Terrence is getting stronger every day, he keeps a smile on his face, he keeps us laughing and has a positive attitude, even while he's STILL in the middle of a debilitating CRPS Flare-Up.

He would also like to Thank you for your understanding regarding our Temporary Change of Business Hours, to 'Appointment Only.' We are in the shop every week. The Appointments System we're using makes it easier on Terrence to be able to complete the Quality Work, we all have come to know, as the Very Best in OC.  This to help Terrence during his CRPS flare ups  and Diabetes Complications.

Thank you for keeping Terrence in your prayers as he's been battling through a 2 year long, flare up of CRPS  and battling his Diabetes Complications with unusually high blood sugar levels on a daily basis.

We're looking for a self starting hard working, Motorcycle Technician that pays great attention to detail and has a passion for keeping people riding.

As a Montgomery Motorcycle Technician, you'll have the ability to work independently the majority of the time.  We offer a great work environment that supports growth and development. We provide excellent pay, performance bonuses and regular increases in pay based on performance.

We thank you for your interest.

We look forward to hearing from you!

Apply today on Indeed.com or LinkedIn

Message us on WhatsApp